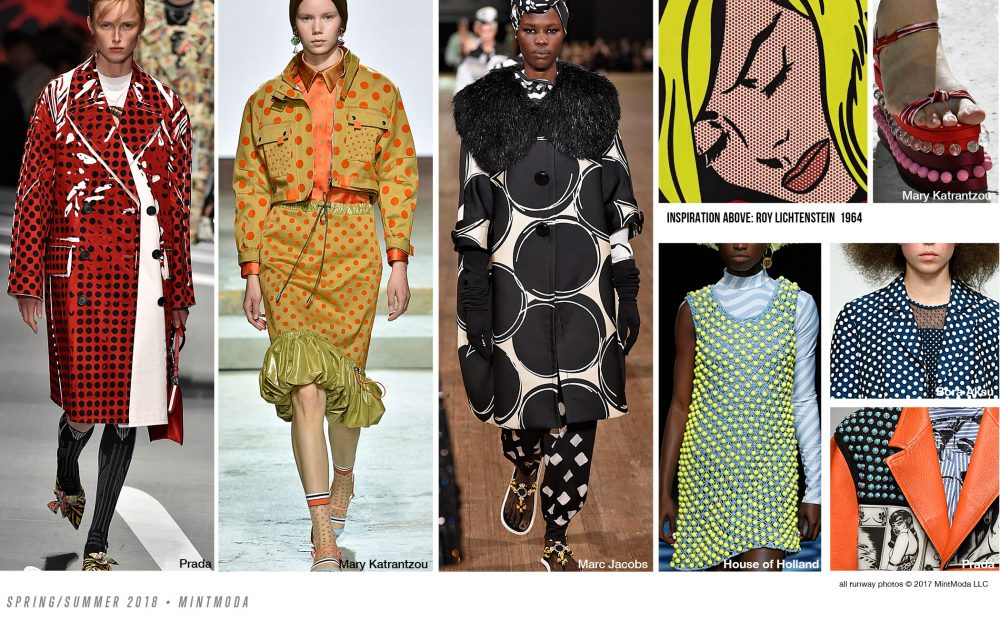 While comic-book graphics abound this season, there is a more subtle interpretation in the form of ben-day dots. The dots were used in 19th and 20th century printing to achieve half-tone tints, or were overlapped to create blended shades. The effect was borrowed and exaggerated by the 60s pop artists, particularly Roy Lichtenstein. Some designers used a rough, broken “registration” for their dots to mimic the imperfect comic-strip effect. For embellishments and accessories, evenly spaced beads or half-dome cabochons deliver the same visual “pow”.

This is part of MintModa's premium content. Please login below. You can also upgrade your account or join here.